The Zhou Jing or Classic of Changes by Zhou. Part one. 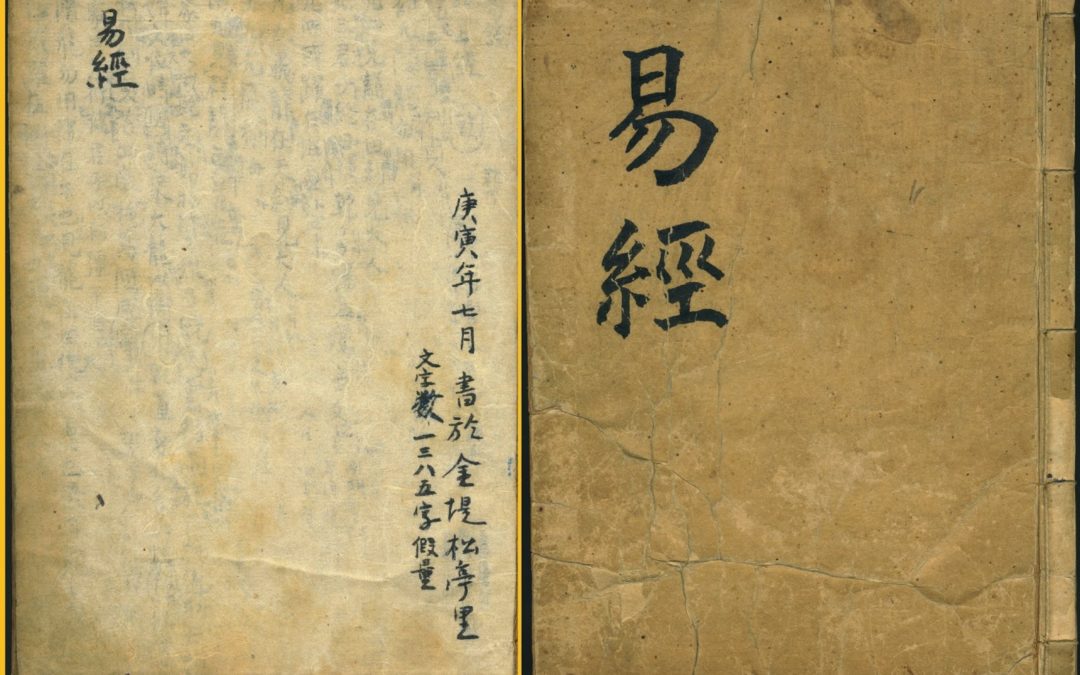 The old oracle of Zhou (周).

More than 25 years ago I remember seeing the “I Ching” for the first time through the bookshop window. I thought “mmm, the first chaeng” weird name for a book; I couldn’t imagine at all that this old Chinese book would be one of my life’s passions. Later, I’ve found out that “I Ching” and “Yi Jing” are different phonetic transcriptions for the same text.

Traditionally, the Theory of Changes, called Yi Jing – pronounced in English like “Yee Jeeng” and not “ai chaeng” as I first supposed 25 years ago – it’s one of the oldest Chinese cultural manifestations and is attributed to the sage Fu Xi. More than 5,000 years ago, Fu Xi envisaged all the universe’s phenomena synthesised in eight symbols called eight “hangers” or Ba Guà. The Ba Guà where used to contain or “hang” the answers coming from the “other side” related to questions of Kings or nobility. The Theory or Book of Changes, Yi Jing, was only from the knowledge of a very restricted elite and regarded as tool of shamanic power. Two thousand years after Fu Xi, the first kings of Zhou dynasty contributed to the Theory of Changes with their own version, known as Zhou Jing or Classic of [Changes by] Zhou.

A bit of history. More than 3,000 years ago, around the 1050 BC, the King War (Wu Wang) defeated the last tyrant king of the Shang dynasty, and established the new line of kings obedient to the mandate of Heaven. The Zhou dynasty established the “Centre” as a fifth element, golden as the imperial colour, and feudalism in substitution to the previous political system based on slavery. The main ceremonies held during the previous dynasty worshipping the spirits of the ancestors were although maintained, but Heaven was taken as a main reference to harmonize the entire society. Immerse in a huge social change, the new Zhou kings rectified also the oracle, abandoning the “voices” of the ancestors’ spirits and embracing the expressing of the Heaven’s will. The Zhou kings contributed to the Classic of Changes with a new set of 64 stories to the existent 64 symbols, rearranged also in order, all by the father of the new king, named respectfully King Culture, completed by the Duke of Zhou, brother of King War. The King Culture or King Wen (Wen Wang) died before seeing Zhou troops defeating the tyrant king of Shang but who was, in fact, the instigator for the upraise of Zhou against the tyrant of Shang and one of the most revered historical figures in China.

As I mentioned, the Zhou dynasty established its own communication code with the “beyond”, in this case with the Heaven, and they called it Zhou Jing or Classic of Changes by the Zhou (Dynasty). The text was composed by 64 symbols – each symbols was accompanied by its own story – and each symbol had 6 + 1 possible chances of completion. In other words, a simple question asked to the oracle may have 448 different options for the answer. Not bad.

Since the times of the King Culture, when a noble person was seeking advice for an important question, the Book was already there. After a small ceremony and meditation, with the question in the heart, the questioner, through the method of the mugwort stems or throwing coins, emptied the mind to allow the advice from Heaven to be hung in one of the 448 possible ways of answer. The King Culture’s culture, studied from thousands of years in China, was filling the content of the naked result, usually not more explicit than strange poetry for the ears of the profane. Only the culture and the tradition could bring light to the statement made by Heaven.

Thousands of years ago, we still use the old Classic book to enlighten some of our important – not always transcendental – questions: luck in our business, luck in marriage, appropriate to travel or to initiate a new business/action…
C.G. Jung, Leibniz, Borges and many others showed fascination for the old Chinese book. It seems to include the schematics of a micro-universe connecting with the symbols of our unconscious mind. Whatever explanation we try to find, it is better not having one and keeping the mind wide open when we try to get an answer from the Zhou Jing.